ICYMI: I Was Invited to Talk About 'Roseanne' on a Podcast 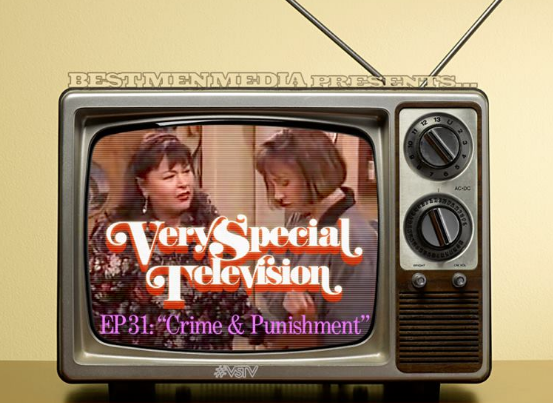 Since I'm a TV junkie who's a sucker for nostalgia, I was invited to be a guest on Very Special Television, a podcast that discusses "a very special episode" of a sitcom from the 80s or 90s.

However, due to the recent trend of #MeToo on social media, I realize the sensitive topic discussed within this episode (which was recorded over a week ago) eerily aligns with recent Weinstein-stained headlines. The timing of this episode's release is odd, to say the least.

Since I was the guest, I got to choose the episode. It comes from one of my all-time favorite sitcoms, Roseanne, which dealt with abuse in a way I had never seen on television at the time. It stuck with me as a kid, and 24 years later, it still resonates and holds up as a brilliant piece of television.

Give it a listen, and if you like (despite the bad jokes at the top), subscribe to these guys on iTunes or Soundcloud: