How to Listen to Lady Gaga's Born This Way 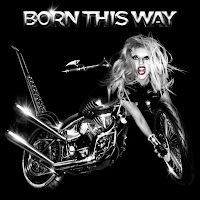 Possibly the most anticipated pop album to come along in years, Lady Gaga's Born This Way has a lot to prove and live up to. After all, LG went as far as to call it "the Album of the Decade." And after sampling - and replaying - this baby while on a retreat in Palm Springs, I have a couple of things to say...

First, almost half of the album (the Deluxe Edition, that is) may polarize fans with its way-out-there, not-so-radio-friendly selections. Second, the insane production value and in-your-face lyrics in some songs seem to convey an inflated ego at work. That, or an insatiable desire and ambition to reinvent oneself while redefining pop music in the process. I'm exhausted just thinking about what's she's accomplished in less than three years. However, with that all said, if you think about it, there really is no other current female artist who's as bold and daring as this chick. Some of you may even hate me for this, but Gaga has now raised the bar so high and continues to influence Top 40 (c'mon, who hasn't worked with RedOne at this point?), that she makes Britney seem like a heavily medicated - and used - sex puppet. I guess there's validity behind the reason why she recently topped Forbes's list of Most Powerful Celebrities.

Here's a primer to fully absorb the just-released and soon-to-be-picked-apart album. The songs are listed in order of preference, starting with the best and ending with the less tolerable tracks that should (hopefully) never be released as singles:

1. "Born This Way" - Annoying Madonna comparisons aside, the inspirational title track should be played first because a) we all know it b) its familiarity will settle you in for a beat-heavy collection of supersonic proportions and c) it'll seem quaint after you get to those final three. 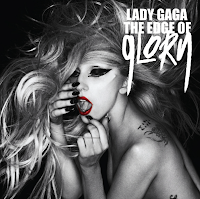 2. "The Edge of Glory" - Just for Clarence Clemon's sax solo alone.
3. "Hair" - Here she continues to preach the message of Being Yourself with this empowering anthem courtesy of RedOne.
4. "Marry the Night" - It's like a lost single from The Rocky Horror Picture Show...if it had been remade in the early 90s (and that's a good thing).
5. "You and I" - The closest thing to a ballad you'll get on the disc, this track has a bit of a country twang to it (is she hoping to woo those Bible-thumping cowboys down south or what?) and delivers some powerhouse vocals.
6. "Highway Unicorn (Road to Love)" - Another 80s-esque, synth-filled epic that could've been orchestrated by a flamboyant Hans Zimmer and featured on the soundtracks to either Vision Quest or Days of Thunder.
7. "Heavy Metal Lover" - An irresistible cooing chorus gets drowned out by some weighty Auto-tune during which it's reiterated that our gal certainly likes her whiskey.
8. "Fashion of His Love" - Haters who brought upon those Madonna rip-off comments may be tempted to criticize her for mimicking Whitney Houston's "I Wanna Dance With Somebody" here. Lovers will soak up its glorious danciness.
9. "The Queen" - Be Yourself Anthem #3. And bonus points for the doo-woppy, electric guitar breakdown in the last third.
10. "Electric Chapel" - In which Gaga comes close to channeling Pat Benatar while getting her rocker on. 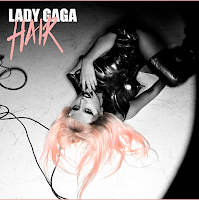 11. "Black Jesus - Amen Fashion" - In which she tells Jesus to work it on the runway. Really. Because, after all, he's the new black.
12. "Judas" - Because by now, you should be able to digest the stuttering proclamations and blatant religious allegories and forget that this single had crashed and burned the instant it leaked.
13. "Bad Kids" - In which she proclaims to be a loser, and damn it, she's proud of being such a degenerate.
14. "Americano" - No, it's not an ode to her favorite espresso drink. Instead, a derivative Spanish guitar guides us through a sometimes messy wonderland of drunken shouting.
15. "Government Hooker" - It starts out as an odd techno-opera of sorts and then dives head first into S&M Land. I instantly had visions of being tied down in a leather bar and subjected to things I shouldn't type here. Once it ended, I had an urge to go out and get tested for STDs.
16. "SchieBe" - Remember that not-so-radio-friendly thing I talked about? Gaga goes industrial goth here with half of the song spoken (or rapped?) in German - not the prettiest language for a dance song.
17. "Bloody Mary" - More shoutouts to Jesus in what's surprisingly a dance downer. (Paging Depeche Mode...)

*By the way, Disc 2 in the Deluxe Edition features four remixes. The only one worth checking out is the already released "Country Road Version" of the album's title track. (yay for harmonicas!)