A Love/Hate Letter to Hollywood 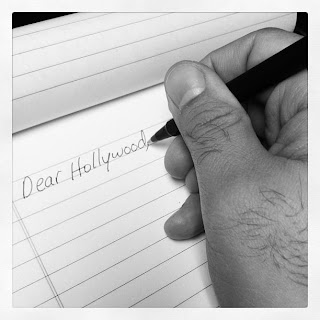 While I'll be careful not to totally bite off the very large and powerful hand that feeds me, I'd like to address some of the complaints (and cases) that have been made by fanboys, friends, consumers of popular culture, fellow bloggers, journalists, some industry insiders, and even the general public itself about the giant machine that is Hollywood. These age-old bitch-abouts ("What's with all the remakes?" "They don't make movies/TV/music like they used to") seem to have grown louder and louder every time something equally loud and overly ostentatious comes our way (right now, Wrath of the Titans and John Carter, I'm looking at you).

After living in Los Angeles, the entertainment capital of the world, for nearly a decade now, I've seen friends, coworkers, and acquaintances roll their eyes or let out a collective "Sheesh!" every time the front page of Variety announces in bold letters the news of a flashy new project headed by some bigwig looking to fatten up his bank account. And after living here for ten years, I've seen those friends, coworkers, and acquaintances give up on Tinseltown.

I can understand why some have quit "the biz." It's not because they're weak or incapabale of keeping up with the Kardashians. Some do have valid reasons or extenuating circumstances keeping them from keepin' on. But sometimes it's because most of them are genuinely fed up with the constant barrage of detrimental doodoo this business tends to spew out. And while I don't see myself packing up and hightailing it back to where I came from (New Rochelle, NY, FYI) anytime soon, I'd like to see if I can speak for those who have washed their hands clean of anything that has to do with the Business of Show... 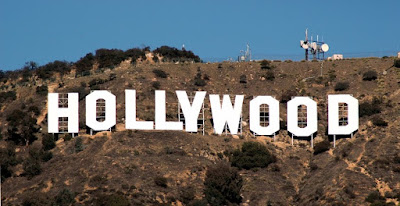 Hollywood -- and I use this term very generally to cover all grounds of entertainment -- you have become a hot mess.

You have managed to convince millions of people that remaking a shit show from yesteryear, raping childhood memories, adapting flashy comic books, and ressurrecting old ideas warrants every American to hand over $12 at the box office. You've convinced another several million people that watching the undeservedly rich and famous whine about their love lives via vapid confessionals makes for compelling television. You've told children across the country that they deserve a record deal and a fat bonus check after prancing around on stage in front of judges who get paid seven figures to shout out catchphrases. You've conditioned youth to respect wealth and privilege and accept that hard work isn't necessary. You've basically created a sub-industry that indulges narcissistic tendencies and feeds off insecurities (reality TV). You've taken international properties and reformatted them for English-speaking audiences because, frankly, you think middle America doesn't like to read subtitles. You continue to write checks to (and inflate the ego of) this man. You continue to let Adam Sandler make movies. You've turned "films" into "franchises" for the capitalist sake of raking in more cash and compromising creativity and originality in the process. You've inspired many to adopt the philosophy of "You scratch my back, I'll scratch yours" for the wrong reasons, prompting others to become paranoid and cynical about the true intentions of acquaintances. You hand out awards to actors because their publicists tell you to do so. You thought The Adventures of Pluto Nash was a good idea. You gave Snooki and book deal. You still consider women a minority or a "tough sell," even though you'll never admit it, especially when something like a Bridesmaids comes along.

As you can see, it's easy to rip on an industry that has so much power and influence in the world and permeates every aspect of civilization. But after working and living here in Ground Zero, I will attempt to look on the proverbial bright side, to see through the bullshit, and to maintain some positivity.

Why am I not ready to quit on Hollywood? Because I still believe there is a decent minority in this factory town that believes in what they do. I won't let the abundance of bullshittery of the business deter me from doing what I am passionate about. I simply won't the let the bad outweigh the good. I have met and befriended countless others who are similarly (and genuinely) passionate about their work and continue to act as my support system. I appreciate the constant inspiration that hits me every week as I continue to learn, grow, and accomplish. I'm blown away by the collaborative spirit and camaraderie that's formed when working on a project. I enjoy some of the perks that come with having friends in unions (Free movies! Award shows!). I get a high whenever I walk out of theater after seeing a kickass film receive a round of applause from its audience. I love that I can wear flip-flops in January. I take comfort in knowing I'm surrounded by thousands of others who feel the same way. And it's that comfort that prevents me from sinking into that abyss of negativity and propels me forward, inspiring me to keep on keepin' on.

If that makes me a naive optimist, then take a good look at yourself and figure out why you're so quick to snarl before you poo on my parade.

Sure, there'll be days when I'll tsk-tsk at the news of a 3D remake of a film I saw fifteen minutes years ago, but I'll know that there will be more exciting news around the corner to celebrate and share.

And with that, I leave you with a little musical treat from the talented Mr. Robbie Williams that once worked as my theme song back when I arrived in Tinseltown in the summer of 2002:

I should remember to play it more often.