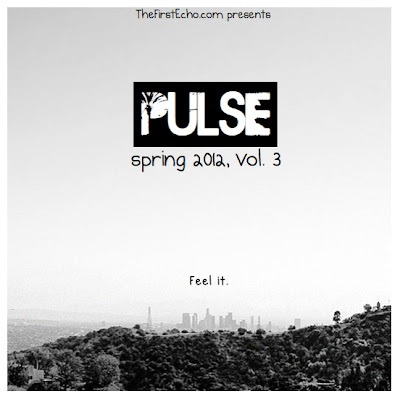 Catch a whiff of some freshly cut grass and drop that Shamrock Shake because there's a crapload of music I'd like you to check out. What do we have here? A pleasant assortment of resurrected divas, soulful crooners, and enough remixes to get your heart racing and those calories burning -- just in time for (gulp) swimsuit season. Take note, my friends... 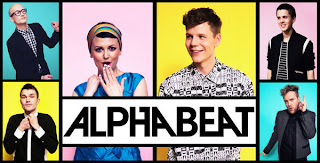 1. "Vacation" by Alphabeat - Kicking things off is the lead track from the third album of my favorite Danish band, a six-membered pop act that has had a special place in my heart ever since I first heard their catchy harmonies four years ago with the refreshingly upbeat "Fascination." Now, they're pumping us up for warmer weather with this equally jubilant ditty:

3. "I Heart You" by Toni Braxton - The 90s R&B star back, this time with a much-needed dancefloor anthem:

4. "Feel Like I Feel" by Marcus Collins - Last year's British X Factor runner-up is bringing the funk to this jam that'll have your ass shaking in your bedroom, in your car, and everywhere in between. Listen here.
5. "Silenced By The Night" by Keane
6. "Crystallized (Radio Edit)" by Kim Sozzi
7. "Primadonna" by Marina and the Diamonds
8. "If Only You" by Danny feat. Freja
9. "Heartbeat" by Childish Gambino - Look! It's Community's nerdy Donald Glover! As a bitch-hatin' man scorned:

10. "Summer of Love" by Cascada
11. "Somebody That I Used To Know (Myndset Remix)" by Gotye feat. Kimbra - An outstanding remix that doesn't compromise the essence and soul of the original.
13. "I Like It Like That (Goldstein Remix)" by Hot Chelle Rae
14. "Let's Go" by Calvin Harris feat. Ne-Yo:

15. "Invincible" by MGK feat. Ester Dean - A suggestion brought to me by this guy.
16. "Is There Anybody Out There?" by K'naan feat. Nelly Furtado
17. "Charlie Brown" by Coldplay
18. "Live My Life" by Far East Movement feat. Justin Bieber - The "Party Rock Remix" is just as fun too.
19. "Colours (Armin Van Burren Radio Edit)" by Emma Hewitt
20. "Party and Bullshit" by Rita Ora
21. "Happiness" by Sam Sparro
22. "The Island - Part 2 (Dusk)" by Pendulum
23. "Aural Psynapse (Original Remix)" by Deadmau5
24. "Proud" by JLS
25. "Can't Stop Me (Club Mix)" by Afrojack & Shermanology
26. "In The Air" by Morgan Page, Sultan, Ned Shepard & BT feat. Angela McCluskey - A heavy collaboration (just look at the names attached to this thing) makes for quite an epic trance track.
27. "Fire" by Adrian Lux
28. "Think Like A Man" Jennifer Hudson feat. Ne-Yo
29. "Waterline" by Jedward - One of Ireland's Eurovision finalists, Jedward doesn't shy away from their standard pop sensibilities.

Speaking of Ireland, have a happy St. Patrick's Day,

Anonymous said…
Fantastic goods from you, man. I have remember your stuff prior to and you are simply too fantastic.
I really like what you've got here, certainly like what you're saying and the best way through which you
are saying it. You're making it enjoyable
and you continue to care for to stay it sensible.
I can't wait to read far more from you. This is actually a tremendous
website.