My Two Cents on HBO's 'Girls' 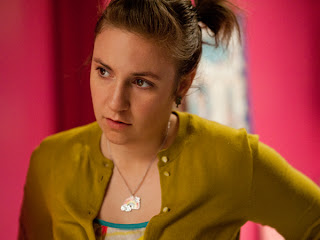 Those who have ignorantly labeled or dismissed Lena Dunham's polarizing comedy about twentysomething white chicks living in New York City as a GenY Sex and the City should be pitied for their lack of open-mindedness and the huge sticks they have up their asses. Because they apparently haven't scraped away the surface to see that underneath the woe-is-me sensibility is an acutely observed (and uncomfortable) portrait of post-collegiate life, packed with embarrassing mistakes and complaints we've all been guilty of making but never wanted to admit...or remember.

Many comedies and dramas have attempted to paint the Twentysomething Experience with no real resonance, accuracy, or success. What this show has that others didn't is a creator at its helm who's actually living it in real time (note: writer-director-star Dunham is 25) as well as a female lead who actually looks like she's torn through an occasional pint of Ben & Jerry's.

Now put that in your pipe and smoke it.