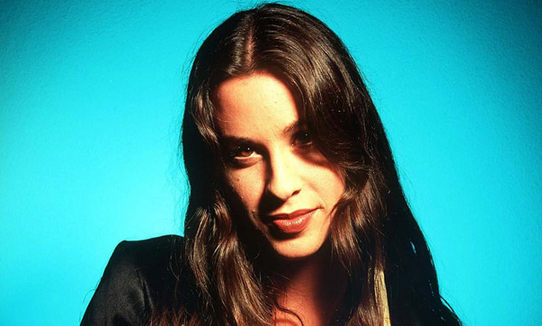 It was an album that defined a decade, heralded the Grrl Movement, turned female angst into brilliant pop artistry, and sparked an obsession within me that would last throughout most of a decade.

Alanis Morissette's Jagged Little Pill was released in the U.S. on June 9, 1995, but I wasn't introduced to the album until months later, sitting in religion class during my sophomore year at Iona Prep in New Rochelle, NY. In what was clearly a pre-social-media, pre-file-sharing era, I had to find out about it through my friend James. He passed along the CD to me as if it were a handwritten note of major importance. (Texting? What's that?)

I brought it home later that day with the intention of popping it into my player and making a tape cassette copy of it. But little did I know how hard I would fall for this dynamic collection of music and lyrics that eventually impacted the soundtrack of my adolescence. This officially marked the end of an era in which my musical pleasures were often derived from hits on the Adult Contemporary charts. (There was only so much Amy Grant I could play. Farewell, Michael Bolton.) I immediately knew I had to run out to Sam Goody (*kids, that's the name of a brick-and-mortar store that sold physical, tangible copies of albums) and buy my own copy of Jagged Little Pill.

I had already heard of "You Oughta Know." To my 15-year-old ears, it was that aggressive song about an angry chick who hated Full House actor Dave Coulier. (Did she really give him a BJ in a theater?) The single was constantly played on New York's Z100, back when it was known for its heavy alt-rock rotation -- before Top 40 turned bubblegum.

But then I discovered Alanis's other offerings on the album. "All I Really Want" was the perfect kick-off, a wish list of things to help her navigate a world full of bullshit and bad lovers. "Hand In My Pocket" was enjoyable for its playful riff on contradictions...and seeing my mother's reaction to the unedited version. (Yep, she said "chicken shit.") "Head Over Feet" was so 90s, simply because of its glorious harmonica solo. "Ironic" was just that: a roll call of un-ironic scenarios designed to screw up your life and teach you a few lessons. "Mary Jane" was a painfully poignant plea for help, an ode to anyone who's ever felt lost and hopeless. "Right You Through" was a jarring, spit-in-your-face response to one of many dudes who done her wrong. ("You didn't think I'd show with my army and this ammunition on my back?") "Not The Doctor" was great for its unflinching stance on women's roles in relationships...and the world. And in the hidden, a capella track "Your House," never has heartbreak and anguish felt so urgent, so real, so palpable.

But then there's my favorite track of the bunch, "You Learn," a self-helpful slice of pop-rock that became my Summer of 1996 anthem:


And best of all? The songs on this album still hold up beautifully. Two decades later, "classic" is an obvious word that belongs to Jagged Little Pill. "Classic" because its messages are timeless, its lyrical structure is still fresh, innovative, and daring, and its impact has yet to be duplicated. (Well, maybe you could make a comparative argument for Adele's 21 from 2011.)

Alanis Morissette was also the first musician whose work punctuated defining chapters of my life, an artist who seemed to be there every challenging step of the way. JLP helped me get through the rest of my high school years. Her follow-up, Supposed Former Infatuation Junkie, helped me get through my first year of college. Under Rug Swept helped me face the realities of a post-collegiate life. And So-Called Chaos arrived just in time to help me deal with a family crisis: my father's stroke.

Needless to say, this weekend calls for some celebration. If you happen to hear any of the aforementioned tracks being blared on the streets of Los Angeles, you'll most likely find me in my little Scion hatchback, waiting at a red light, lip-syncing for my life, and unapologetically basking in the glow of some 90s nostalgia.

Fred Newton said…
it's like raiiiiiiiin, on your wedding day
12:52 PM