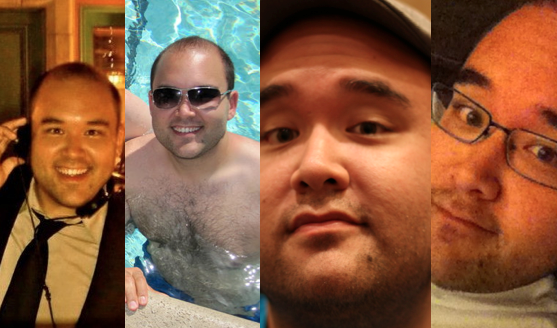 I foolishly thought that I was the only one who celebrated his anniversary of living in Los Angeles (or "L.A.nniversary"), but as the years go on, I hear more and more people announce their own milestones.

Perhaps it's because they're constantly surprised by (and proud of) how long they've survived this city. Sure, New York City can chew you up and spit you out, but L.A. does it a little differently. This city tends to take things a little more slowly. First, it woos you with its gorgeous climate and flip-flop-friendly winters, compensating for its god-awful traffic, and then it lulls you into a pleasant buzz with its organic farmers markets, eclectic neighborhoods, and unlimited possibilities. But to make it in this city, to keep your head above the water, you have to be okay with a constantly changing tide -- and a few sharks that want to take a bite out of you -- while remaining focused on the dry, stable land ahead.

No matter what industry you work in, the city of Los Angeles offer millions of people the chance to reinvent themselves. It's where a financial manager can ditch his job and enlist in several improv classes and take up stand-up comedy. It's where a nurse practictioner can leave her occupation and start her own candy catering company. It's where a novelist can give up on this Great American Novel and establish himself as a successful, award-winning copywriter for an ad agency. It's where a salesman can realize his dream, invest in the proper equipment, and become a locally-known DJ on the nightlife circuit. It's where a child psychologist can drop her case studies and take the plunge into the world of reality-TV production. (*These are real examples of people I know.)

Like many others I know, I arrived in this town with a mental blueprint of how my post-collegiate life would unfold. But in the back of my mind, I knew traveling to the other side of the country was one of the biggest gambles of my life; things could either go well or go miserably. What I didn't have back then was the knowledge and open mind to accept the fact that life, for the most part, will never go as planned. I wasn't fully aware of the changing tide that could pull me in different directions. My 22-year-old self didn't really know that the road to any dream involves unexpected detours and delays -- and that it's okay to let the road take you to places you never considered visiting.

Let's recap: After my June 27, 2002 move to Los Angeles, I went from being a jobless (and homeless) intern with dreams of becoming a TV writer...to a pee-on in TV production...to the assistant of a showrunner on my first major network TV show...to an unemployed twentysomething experiencing a year-long quarter-life crisis...to an executive assistant and amateur blogger...to an unemployed and freelance writer/entertainment journalist/magazine editor...to a full-time creative manager and copywriter at an award-winning agency...while maintaining my rep as a pop culture and travel writer, now equipped with an agent who believes in my capability to churn out my first novel. (No pressure whatsoever.) And so the journey-struggle-hustle continues...

So why do I continue to love L.A.? Why have I remained committed to this city and continue to stand by its side after 13 years? Let's see...

Because I can find inspiration wherever I go. This city's a ground zero for creative stimuli. It provides a neverending supply of promises. (And depending on how determined you are, it will deliver on some of those promises.)

Because here, folks wear their struggles and ambition on their sleeves, and I'm okay with that. Because I usually do the same.

Because I can try a beach yoga class in the morning, take a selfie with a former teen heartthrob at brunch, squeeze in some shopping, catch a friend's stand-up performance at a downtown comedy festival, and then drive up to the mountains for a ski weekend -- all in the same day. (But it's not like I actually ski.)

Because I live for those moments during which connections are made every day here, some solely based on the silliest, most random reasons.

Because I love that it's the birthplace of movie theater reserved seating. (You're welcome, America.)

Because Los Angeles gets me. It nurtures my obsessions, enables my (mostly healthy) addictions, and satisfies whatever needs I have.

BUT MOST OF ALL, it's the people. It is the hundreds of characters, faces, acquaintances, colleagues, confidants, coworkers, partners-in-crime, fellow fanatics, pop culture geeks, freaks, and friends who have made my entire Los Angeles Experience worthwhile. They are the fuel that keeps me going, that keeps me inspired and determined to go on and face what's next.

They are the Angels for which this city is named.

I make a conscious effort at least once a week to stop and remember how far I've come. I'm proud of the roots I have planted in this crazy city, and I appreciate the history I've created here on the West Coast.