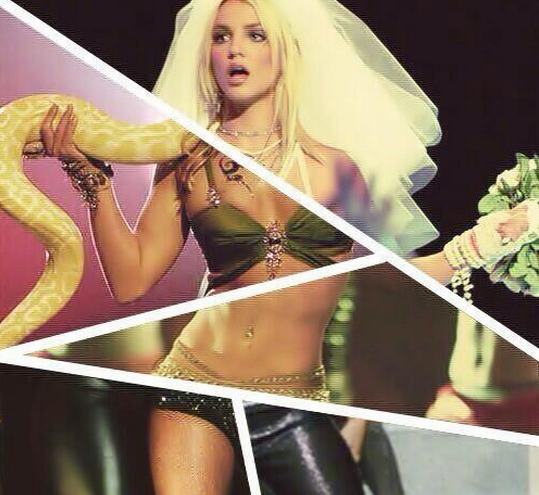 With the arrival of Glory, her ninth studio album, Britney Spears has extended her discography with more pop fodder fans can chew on. (If you ask me, it's her best and most cohesive collection since 2003's In The Zone.) And on this new album are a bunch of hits-in-waiting, but will they ever be added to Top 40 radio rotation? We have yet to see. (If you ask me again, my picks for her next singles are "Clumsy," "What You Need," and "Hard To Forget Ya.")

Forget your standard retrospective of Brit's hits. Here are nine less familiar tracks from the past 16 years that deserved to be thrust into the spotlight and released as official singles. These are the gems most people will never have the pleasure of knowing. That's why I'm breaking them down for you right here, right now...

1. "Before the Goodbye" (2001, unreleased) - Produced by "godfather of electronica" BT (the guy responsible for 'NSYNC's "Pop"), this potential Top 40 track was a Calvin Harris-esque dance floor jam before anyone knew who Calvin Harris was. Just wait for that beat to drop at 1:40.

2. "Cinderella" (from 2001's Britney) - A close relative of 2000's "Stronger," this underrated piece was Brit's anthem, telling the world that she had no interest in being a princess anymore. The chorus is pure pop magic.

3. "Can't Make You Love Me" (from 2000's Oops...I Did It Again) - A quintessential Max Martin production from the turn of the century with a singalong chorus that works on all levels:

4. "Breathe on Me" (from 2003's In The Zone) - The early aughts were a time when Spears began experimenting with new sounds, much like the mellow electronic vibes she gave off here, accompanied by lyrics that make you sweat just by listening to them:

5. "Brave New Girl" (from 2003's In The Zone) - This go-go girl power track would've been a perfect companion piece or follow-up to megahit "Toxic," but sadly the record label shuffled this to the back of her fourth album.

7. "Scary" (2011, unreleased) - This Japanese import never made it to the American tracklist of Femme Fatale, and it's a shame, because we could've used a hypnotherapy call-to-action in pop.


8. "Alien" (from 2013's Britney Jean) - The critical and commercial dud that was her eighth album at least offered this debatably redeemable track. It's weird af, but still listenable.

9. "Shadow" (from 2003's In The Zone) - This electro power ballad is delicious treacle that sounds like it came from a straight-to-DVD, pre-Twilight vampire romance.