My Life as a Shondaland Drama: 19 Lessons Learned While Living in L.A. 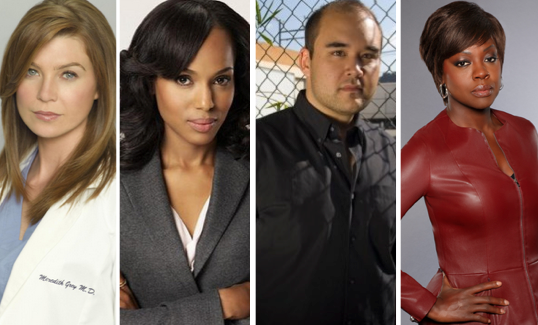 I have often thought of my life in Los Angeles as a primetime drama, peppered with twists and turns, building up a loyal following over the years.

That said, this past summer I wrapped up what is considered my 14th season. (With a 15th season renewal! Woo hoo!) The current cast of characters of this show is definitely not the same as the one that was introduced to viewers in the first season (back when I arrived wide-eyed and full of hope in 2002). Over the years, there were special guest stars. There were characters who appeared as regulars but were quickly written off. There were beloved figures who departed suddenly, leaving viewers (and me) devastated. And there were the few constants who, to this day, remain as part of the ever-evolving storyline that is my life.

I'm like Meredith Grey, and the city of Los Angeles is my Seattle Grace. How's that for a Shondaland metaphor? True, I've never been implicated in a murder...or fallen for an elected official...or witnessed a loved one perish in a plane crash. But I am still hanging in there as the protagonist in the long-running serial that is my life. Everything selfishly revolving around me.

I have lived in L.A. long enough to see people come and go in waves. Within four months, I knew four individuals who left L.A. to pursue other endeavors earlier this year. Eight years (or seasons) ago, I witnessed another exodus: five people within two months, flying off into the sunset to star in their own spin-off vehicles.

And they keep coming and going. Sometimes I wish there was a loud, Hunger Games-style horn or gong that could be heard across the city each week, announcing in the sky the departure of those who no longer call L.A. home and heralding the arrival of their replacements -- fresh blood for the taking. 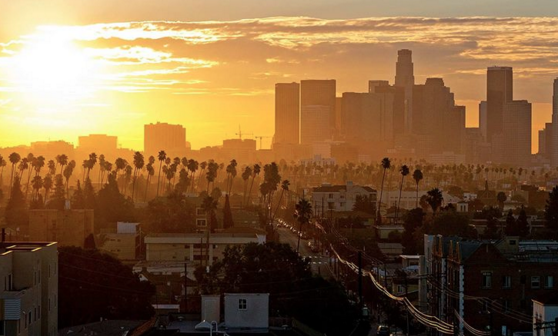 With that in mind, I like to think I'm a survivor of Los Angeles, a city known for chewing up and spitting out its population on a daily basis. And having honed in on such survival skills, I've become more aware of certain things.

Here are just a few personal observations I've made on the City of Angels after giving 14 years of my life to its boulevards, valleys, and beaches...

1. I can rock a parking space like no one's business.

2. Don't waste your time on those who don't wish to spend their time with you.

4. YouTubers are the new ingenues.

5. Publicists are the new pimps.

6. Enjoy and appreciate that cute, new coffee bar while it lasts because it will most likely be turned into an underwear boutique by this time next year. OR: If one of your favorite L.A. staples has been around for years/decades, most likely it will be shut down to make way for new apartments for the city's increasing population (again with the newbies moving here in droves each year). That said, an early R.I.P. to Amoeba Records in Hollywood.

7. Hearing from someone you haven't seen in years usually means they want something from you.

8. The Grove will always be a last resort when selecting a place to see a movie.

9. Instagram models with wholesome Midwestern backgrounds will inevitably end up gyrating their hips on boxes at FUBAR on Santa Monica Boulevard.

10. When a friend captions a photo with #actorslife, it is completely acceptable to roll your eyes.

11. Based on the number of invites you'll get to someone's a.) stand-up show b.) improv show c.) gallery exhibit d.) independent movie premiere e.) self-help recruitment session or f.) fundraiser party, don't feel pressured to attend every single one of them. Keep a quota. Like one or two a year.

12. That friend who knows Joseph Gordon-Levitt's assistant's brother...is not a connection.

13. That TV pilot you wrote in your 20s...could use some retooling. Actually, not some. A LOT.

14. The longer you live in L.A. the less inclined you are to visiting annoyingly crowded areas (i.e. tourist traps like Hollywood & Highland, Santa Monica Pier, and again, The Grove). If you must play tour guide for out-of-towners, let them navigate those places on their own and save your time for showing them all the places you personally enjoy.

15. It's okay to rage with jealousy once in a while. It's healthy. Especially when a friend-of-a-friend you met 13 years ago (and meant to keep in touch with) goes on to become a writer-producer for one of the TV's biggest sitcoms...or when that underclassman from college goes on to become the creator/showrunner of a serialized thriller you could've created yourself...or when everyone's buying condos and houses while you've been holed up in the same apartment for a decade.

16. It's okay to go solo to a concert at the Hollywood Bowl. Because chances are you will bump into three or more people you know there.

17. Griffith Park and Runyon Canyon are great during the first 10 years. Then, it's time to move on to greener (and less crowded) places to get your cardio on. Like a foreign country.

18. There's a very fine line between calling in favors and emotional blackmail. Secrets can be a currency in this town. Make sure to save up on a few; you never know when you'll want to cash in. (So I've been told...)

19. No one reads your blog -- unless you're exposing those aforementioned secrets.