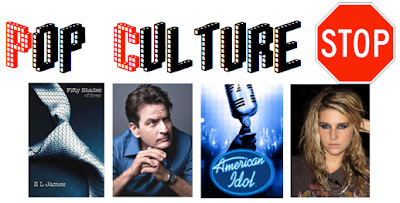 Poor Gretchen Wieners. She tried so hard to make "fetch" happen, but those Mean Girls just wouldn't have it...

Which got me thinking about other things that have been forced down our throats by the zeitgeist, people, places, and trends that the pop culture puppeteers insist on making relevant. Here are ten items I could truly do without. If you know me, I'm not usually about spreading the hateration, but sometimes we all need a good vent. 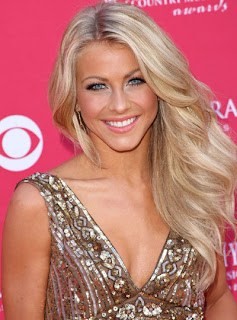 1. Julianne Hough - Thankfully I never saw that Footloose remake. However, I did catch this summer's Rock of Ages, and while I was entertained, this 24-year-old bobblehead came close to spoiling the whole musical enchilada for me. And she's still dating Seacrest? And getting more movie roles? Why, Hollywood, why?

2. Fifty Shades of Grey - I picked up a copy at the L.A. Times Festival of Books back in April, read one page, and then felt the urge to bring it with me into a bathroom stall after eating a dozen shrimp tacos. The latest literary sensation will eventually become the next movie franchise sensation. Wake me up when it's over.

3. Ke$ha - The second full-length album from this glitter tramp is scheduled to arrive before the year is over. In related news, I think I just contracted herpes from writing that last sentence. 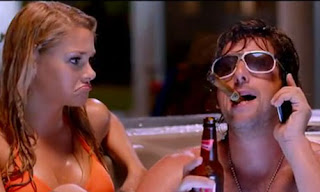 4. Adam Sandler - I did not need to see Jack & Jill or That's My Boy to realize that the King of Fart Jokes (and his entire production company) is running on fumes. It would be great if he went into hiding and then returned 20 years later to do a respectable cameo in a Tarantino flick.

5. Big-budget comic book adaptations - The Avengers should have been the grand finale that hammered the final nail in the genre's coffin. It was one giant, wham-bam-thank-you-ma'am way to lasso up all of our favorite superheroes and send them off in a spectacular farewell. But no, we're getting Thor: The Dark World, Captain America: The Winter Soldier, Ant-Man, Iron Man 3, and another Wolverine.

6. Charlie Sheen - This gimmick is deader than the silent graveyard otherwise known as my love life.

7. Anything labeled with the Kardashian name - Speaks for itself.

8. American Idol - Usually, when people are jumping overboard, that means the ship is sinking. This voyage plummeted to the bottom of the ocean a while ago and is now a piece of driftwood floating aimlessly in a pool of muck. How many more interchangeable "white guys with guitars" do we need to crown before every light on the stage burns out? Mariah Carey, prepare that life vest.

9. Movies based on the novels of Nicholas Sparks - Or, what I like to call The Notebook Effect. Forever fooling singletons into thinking they'll meet the love of their life during a war, in a car accident, on a beach, or in a torrential rainstorm. I think I liked these better when they were called Lifetime Movies of the Week.

10. Kristen Stewart - I'm sure she's a cool chick once you get to know her, but 1.) she ain't fairer than Charlize Theron 2.) I worry that future generations of impressionable actresses will be studying her two methods of "acting" which are: Look Like You're Constipated and Look Like You Got Cramps and 3.) the girl needs to enroll in a few classes on public speaking.

I'll stop there. And to those responsible for the above, I hope you will too.

Anonymous said…
Amen to #10. Frankly they're all right on the $$$. With all the forcefeeding happening all the time, this list could easily go on a bit further ~ maybe there will be a sequel?
6:58 PM

Jenn said…
I COMPLETELY agree with them all (esp Kristen Stewart, as there are already actresses mimicking her and getting big roles!), except the comic book movies. I can't help it, I love them!
6:01 AM