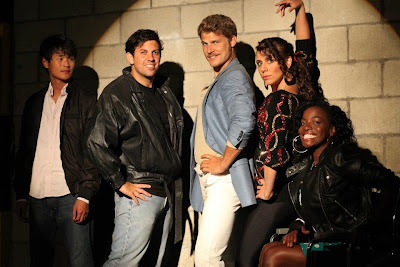 My talented friend, Gregory Bonsignore (second from left, above), wrote a web series/TV pilot called Squad 85, and as I write this, it's being produced and shot at various locations throughout L.A. With real actors! And craft service!

Squad 85 is a comedy about a group of young cops from 1985 who get transported to 2012 and go undercover at a high school to fight some crime (think 21 Jump Street meets Hot Tub Time Machine).

And it just so happens I spent my Friday afternoon hanging out behind the scenes with some of the cast: Breaking Bad's RJ Mitte (below, left) and Travis Van Winkle (Friday the 13th, Meet the Spartans). 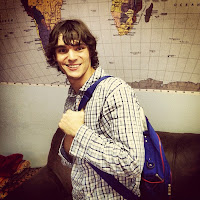 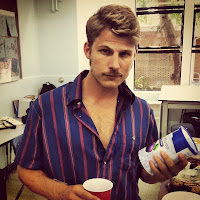 Check out Squad 85 on Twitter for more updates (it premieres this fall). Naturally, I'll have some reportage and interviews coming your way via Hotter In Hollywood.