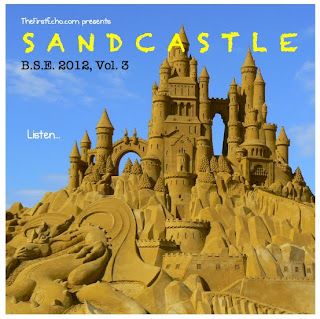 Much like Chris Nolan's Dark Knight legend, my Best Summer Ever trilogy of tunage must come to an end. August may mark the beginning of the end of the season, but cheer up. We got at least six more weeks of summery goodness, and you'll need a soundtrack to alleviate those back-to-school blues.

3. "Blow Me (One Last Kiss)" by Pink - Despite that shrieking chorus, it's still a worthy addition (I have a feeling that better singles await us).

4. "Sex Yeah" by Marina and the Diamonds:

5. "Now or Never" by Outasight

8. "Rainbow Connection" by Weezer feat. Hayley Williams - A melancholy cover perfect for a nighttime drive through your neighborhood. Try not to get goosebumps.

9. "Runaways" by The Killers

13. "Still Getting Younger" by Wynter Gordon

16. "As Long As You Love Me" by Justin Bieber feat. Big Sean

17. "The War is Over" by Kelly Clarkson - A healing anthem to help you get over that summer fling that turned sour.


20. "Michael Jackson" by Cash Cash - An electro-pop tribute to the gone-but-not-forgotten King of Pop.

22. "Finale" by Madeon - EDM's wunderkind continues to amaze me, especially with this epic track that should be used for the Closing Ceremony at the London Olympics (or as the opening theme song to the action-packed drama based on my life):

Anonymous said…
Owl City is a homophobe, unfortunately.
12:52 AM