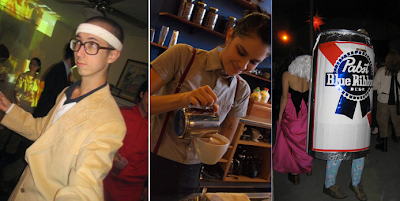 Forget the sexification of ordinary Halloween costumes. Major cities like Los Angeles are starting to see a growing trend in costumes catering to those who love all things alternative. To those of you who wish to take a break from the flannel shirts and skinny jeans, I'm sure you'll come up with something that perfectly expresses your disinterest in the holiday. But in the meantime, here are a few outfits I won't be surprised to see should I find myself driving through Silverlake, Echo Park, or Los Feliz this year...

1. Intelligentsia Coffee Barista -- Comes with a shot of sarcasm and a dollop of biting rhetoric.

2. Any Character from a Wes Anderson Film -- Because hipsters like their heroes despondent and consider Anderson to be their Scorsese. And the slightly obscure reference will ironically make them popular with their own kind.

3. Pabst Blue Ribbon Truck Driver -- Even better if you make good on your disguise and deliver a few six-packs to that underground party in Williamsburg. 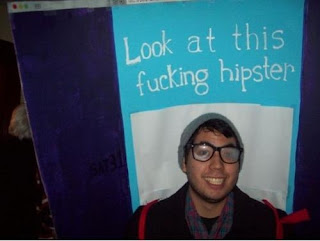 4. A Meta Meme -- Made from scratch, this costume not only has the lifespan of your average tweet (7 seconds), it's an exercise in ultimate irony, poking fun at one's self.

5. Any Character from Sesame Street -- Hipsters are most likely to go retro and don a colorful outfit from their favorite childhood program despite Big Bird's place in the mainstream spotlight after Mitt Romney's unfortunate comments in 2012. 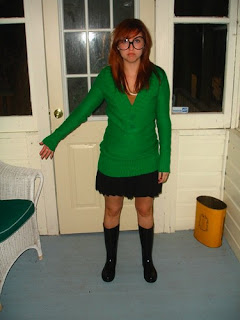 6. Daria -- Green wool jacket. Black pleated skirt. Doc Martens. And a pair of black-rimmed glasses. Otherwise known as any random items pulled from the closet of a hipster who's suffering from a case of 90s nostalgia.

7. Waldo -- Yet another character whose clothes won't be hard to find...because they're probably on sale at Urban Outfitters. Where's Waldo? He's in the back smoking a joint while criticizing the new Mumford & Sons album.

8. Leftover Outfit from Burning Man -- It may still reek of patchouli, but it'll do.

9. Vegan Police -- Bravely defending the world from meat eaters and promoting the benefits of a dairy-free diet.

10. Lena Dunham/Zooey Deschanel -- If you're a guy, this is your chance to become the drag queen you were destined to become.