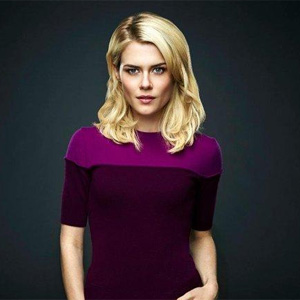 Because the 2012-13 TV season is in full swing, my ass has gotten fully reacquainted with my couch and remote control. Therefore, I thought I'd offer my two cents on some of the newbies that are heating up my DVR and currently making me come back for more, which is subject to change of course...

1. 666 Park Avenue (ABC) - Beautiful rich people live in a ritzy New York City apartment building that may or may not be the gateway to Hell (insert housing market jokes here). The cute guy from Brothers and Sisters (Dave Annable) is the manager. The creepy bald dude from Lost (Terry O'Quinn) is the secretive landlord. And the MILF-y vixen from Desperate Housewives (Vanessa Williams) is his wife. Way to recycle your talent, ABC.

2. Nashville (ABC) - The network that brought us Dynasty and Desperate Housewives knows how to deliver a good primetime soap, and this time the suds are hitting the fan down south. Connie Britton and Hayden Panettiere are rival country music divas...and that's all you really need to know. Catfight potential = high.

3. Revolution (NBC) - J.J. Abrams slapped his name on this ambitious serialized thriller about how the people of Earth are dealing 15 years after a global blackout. I'm still wary of the show's "big concept" because of many of its kind (Jericho, Flash Forward, Invasion) haven't lasted. And I have yet to find any charisma in young lead Tracy Spiridakos underneath the layers of Katniss Everdeen clothes in they've styled her in. But then there are those pesky questions: What or who caused the blackout? Will the power ever come back? Am I really going to invest my time in another cryptodrama? 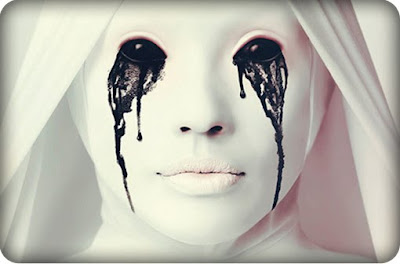 4. American Horror Story: Asylum (FX) - It's the only show on this list I have yet to preview (it premieres in 2 weeks), but my hopes are high because a) it's Ryan Murphy b) there's Adam Levine -- in a wifebeater c) Jessica Lange plays a sinister nun (what other kind is there?) d) Zach Quinto returns and e) lesbians. In other words, I'm ready for a souped-up serving of insanity. By the way, did I mention I interviewed one of its stars, Jenna Dewan-Tatum?

5. Partners (CBS) - It's being touted as the new Will & Grace, probably because it comes from the masterminds behind the dearly departed 00s sitcom. One guy's straight (David Krumholtz). The other one's gay (Ugly Betty alum Michael Urie). And together, they're BFFs who also work together at their own architectural firm. Judging from the cute pilot, all the elements are there. Just feels a little too 90s right now.

6. The Mindy Project (Fox) - Mindy Kaling is a self-deprecating doctor who's single and ready to mingle. So it doesn't help that she's surrounded by handsome colleagues and enough sexual tension to power a small village. 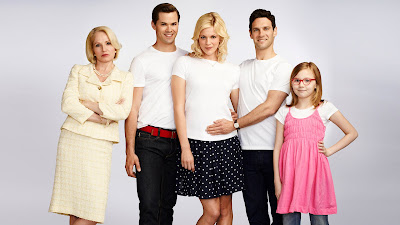 8. The New Normal (NBC) - The right-wing has a new show to hate! My favorite new comedy of the season is another concoction whipped up by Ryan Murphy. Here, a gay couple hire a 24-year-old single mom as their surrogate. Nitpicking at their heels is the mom's ultra-conservative, Obama-bashing grandma (the spectacular Ellen Barkin) who will do anything to make their lives a living Republican National Convention.

9. Last Resort (ABC) - Andre Braugher and Scott Speedman command the screen in this crackling action thriller about the crew of a nuclear submarine that goes rogue and is forced to create their own republic on an island after ignoring shady orders to attack Pakistan. It's like Michael Bay and J.J. Abrams had a lovechild and gave it up to network TV for adoption. Let's see how far they can go with this one.

10. Ben and Kate (Fox) - A single brother and his divorced sister bicker and banter while raising a kid. Unexpectedly LOL-worthy and a perfect addition to the network's roster of laughers.