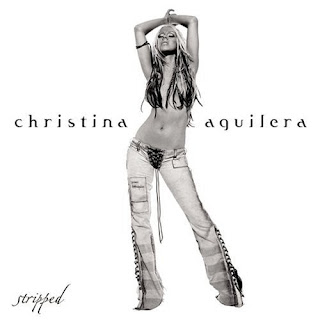 It was the highly anticipated album known for transforming a sugary-sweet pop princess into a feisty, cornrowed, assless chaps-wearing ho-bag who looked like she could've used a couple of STD shots.

Christina Aguilera's sophomoric follow-up to her self-titled debut, Stripped, was released this month back in 2002. From the lead single ("Dirrty") to the provocative black-and-white cover (right), it flaunted its ambition. It was the 21-year-old singer's attempt to break away from the teen pop mold that had its hold on her at the turn of the 21st century. The introductory track made the album's message abundantly clear: "Sorry you can't define me/ Sorry I break the mold/ Sorry that I speak my mind/ Sorry don't do what I'm told." Behold "Xtina" and her bold, new musical change.

Some cynics and critics were quick to dismiss the disc as a kind of schizophrenic mess, jumping from hip-hop-flavored dance anthems (the aforementioned single, which still gets club play today) to rock-tinged foot stompers ("Fighter") to inspirational ballads ("Beautiful," "Soar," "The Voice Within"). Remember though, the girl was 21. What other artist her age had the cojones to experiment with such range?

She was damned if she stayed predictable and damned if she strayed from formula. And now, in hindsight, we're glad she took the risk, showed off those piercings, and layered on the hooker makeup. 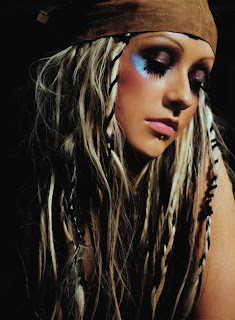 However, such reinvention wasn't entirely new at the start of the 2000s. The alumni of the Teen Pop Boom of the late 90s were all taking chances with their images and musical stylings. NSYNC's second album aimed to celebrate the boy band's break from the shady puppeteers that did them wrong; it was aptly titled No Strings Attached (2000). P!nk's Missundaztood (2001) was a refreshingly daring collection of hits that was the result of her collaboration with original Grrl Linda Perry. Mandy Moore's self-titled follow-up (2001) even experimented with Middle Eastern flavors. These were "kids" who learned a thing or two the first time around. They wanted to prove that they were far from being one-hit wonders. Call it the New Millennium Effect; not only was it a new decade, it was a new century. And there seemed to exist an air of ambition never before seen in pop music. Rules were broken, risks were taken, and record labels were defied.

But back to Christina. In retrospect, Stripped is possibly one of the most underrated pop albums to come out of the 2000s. Rather than rush through factory-made fodder after her 1999 debut, Aguilera took three years to perfect an album that she could be proud of and make her boldly stand out from the litter of like-minded GenY acts.

You know an album is great when it can be played straight through without skipping a track. Every song on Stripped had the potential to be released as a successful single. From the lesser known tracks to the chart-toppers, every musical piece of this pop puzzle deserved a chance in the spotlight... 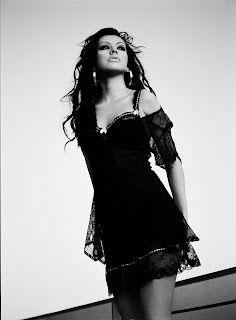 "Can't Hold Us Down" -- This battle cry exposes the double standards in pop music and features Lil Kim, no doubt a friend Xtina must have made while working on "Lady Marmalade" the year prior to this release.

"Walk Away" -- A slow burning confessional about resisting seduction. "Your love was like candy, artificially sweet/ I was deceived by the wrapper," she coos. Perfect for those nights when you feel like performing a striptease in front of a loved one. Also works as a theme song for anyone looking to break free from the brothel business.

"Infatuation" -- Christina's excuse to capitalize on her Latin roots is also a love letter to the bad boys she tended to attract while she was whoring up her image.

"Get Mine Get Yours" -- Sexual exploration never sounded so hot. This was Xtina unabashedly demonstrating that she was down with one-night stands.

"Loving Me 4 Me" -- The R&B slo-jam Janet Jackson wished she could've produced.

"Impossible" -- An intimate jazz lounge anthem that soars with the help of one Alicia Keys on piano.

"Make Over" -- This surf rock-friendly shriekfest is brought to us by Linda Perry, who taught our girl how to both gritty up and reel in those powerhouse vocals of hers.

"Cruz" -- A harmonious power ballad made for road trips, the kind that celebrates leaving all your troubles behind.

"Soar" -- Not only did this inspiring number appear in the trailer for the Jessica Alba flop Honey (you know you remember it), it also helped a certain 22-year-old college grad adjust to a brave new world called Los Angeles. Everything about it -- it's hopeful message, its near-Mariah theatrics -- works. All in all, a definite lift-you-upper to defeat the pull-you-downers:


"I'm OK" -- Call it The Therapy Song. No one expected Christina to sing a song about domestic abuse, but here she is, confronting her childhood demons and delicately venting to the world with vocals that never sounded so vulnerable.

And now, as we eagerly await the release of Miss Aguilera's fifth major studio album, Lotus, let us remember and revisit the gift that was Stripped. Hard to believe it's been a decade since those assless chaps bounced across that boxing ring on MTV and into our collective pop consciousness.

Forever grinding in the clubs to "Dirrty" in 2012,