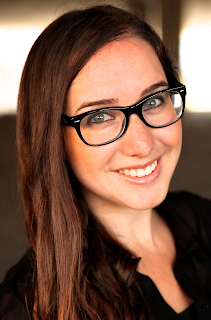 The news broke out on Wednesday morning here in L.A.: Lauren Bachelis, creator of the popular Tumblr, Hollywood Assistants, sold a TV comedy to CBS that's based on her blog. And Fred Savage is attached to direct and executive produce it! Fred. Freakin'. Savage.

It's the stuff Tinseltown dreams are made of: lowly assistant who strives to be a writer gets discovered, lands some hot representation, and is offered a sweet deal. It's also the stuff on which bitter jealousies thrive.

From Deadline: "Bachelis launched the Hollywood Assistants blog in May while working as an assistant at CAA, where she spent nearly a year before landing a job as assistant to New Girl creator/executive producer Liz Meriweather. Bachelis worked on the show for a couple of months, leaving on Aug. 3. The following week, she landed a blind script deal at CBS Studios, which led to 20-Nothings. Bachelis, who is now repped by CAA and Mosaic, started off doing internships on NBC’s Heroes for NBC and at PR firm Rogers & Cowan and served as a production assistant on Judge Judy. She continues to update the Hollywood Assistants blog every day."

Let's break down the above announcement/press release, shall we? Now, while I'm happy to see Miss Bachelis "make it," I can't help thinking I was a PA when she was probably learning how to drive. Let's do the math: if she was an intern on Heroes, which ended its run in 2010, that could very well put her around the age of 24 or 25 now. Do we have the next Lena Dunham on our hands?

Next, Lauren paid her dues for a year at the soul-sucking factory that is CAA, just like any fresh-faced twentysomething out of college. It also says she got a job being an assistant to the showrunner of a hit Fox sitcom. Sweet. A definite move in the right direction.

However, this is where things get a little hazy for me. Why, after "a couple of months," did she leave such a comfy position? And how exactly did she, an assistant with (allegedly) no writing credits whatsoever, land "a blind script deal" (when a network or studio gives a writer a script deal before they even know what the idea is for the script)? Inquiring minds of writers like myself would like to know. We'd like to hear the boring details of Bachelis's success story and fully understand how this all came to be. Mainstream industry news outlets like Variety and The Hollywood Reporter seem to love skipping over the tiny details many would otherwise appreciate.

The mention of Liz Meriweather's name is interesting. For those of you who don't know, Meriweather is (or was) a member of The Fempire, a successful foursome of female film and TV writers and best friends who have navigated the Hollywood waters together, inspiring each other, supporting one another (Liz is the one wearing glasses). I wouldn't be surprised if Meriweather stuck to her help-a-sister-out philosophy and had something to do with getting Bachelis's script noticed. If that's true, then why can't they put that in the press release? Where's the shame in that? Showrunner Helps Assistant Sell Script! Would that put the pressure on other showrunners and producers to be more generous with their assistants? I'm sure Bachelis is a talented writer, but when you have a connection like that, it makes for a perfect storm of success. She happened to have a good script AND her Tory Burch-covered foot in the door. When you get down to it, it's a classic example of Who You Know.

And while we're at it, let's take a look at Lauren's headshot. It perfectly screams "I'm a writer!" The eyeglasses are a nice touch (mimicking Meriweather perhaps?). I just hope they're real. There's nothing that annoys me more than an attractive hipster type who wears spectacles without actual prescription lenses. I can hear the in-house photographer at CAA screaming, "You're a sexy blogger! Give me demure yet devilish! You're the girl next door every nerd wants to get with!"

I'm sure, in the near future -- especially if this CBS sitcom takes off -- Miss Bachelis will sit on a panel at her alma mater and speak to a crowd of college-age hopefuls about making it in the industry. I just hope she tells it like it is, that, while she worked hard to get where she is, she's also extremely fortunate to get her first TV deal when it usually takes double, even triple, the time for others to get a break like hers. While I hope this inspires students and other struggling writers, I also hope this is used as an exception, not an example, of how Hollywood works.