Amy Schumer: Obsession of the Week 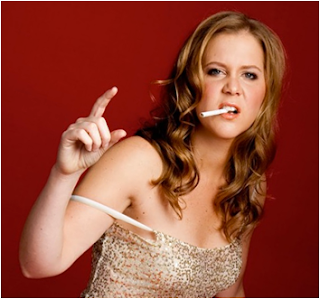 Thank you, Hulu Plus, for letting me catch a sneak peek of the first episode of Comedy Central's Inside Amy Schumer, the no-holds-barred half-hour comedy filled with stand-up, sketches, and (wo)man-on-street chatter with comedian Amy Schumer.

Before this week, I had only caught Amy on a couple of roasts and one episode of The Burn with Jeff Ross. And it seems like Comedy Central has done a great job grooming her for her own project. This new comedy series deals with sex, politics, race, and all sorts of hot topics that deserve some skewering.