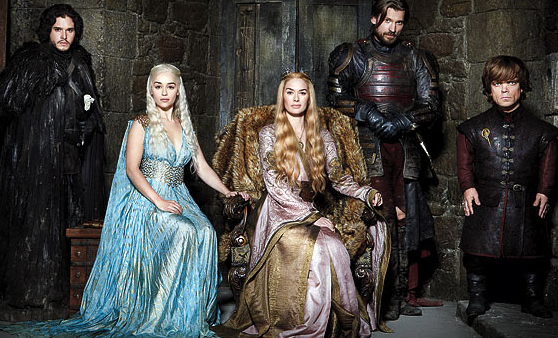 ...now that a friend of mine has shared her HBO Go account with me, I am considering using the summer to jump on the fanboy bandwagon.

Sure, I'm succumbing to TV peer pressure. But how could so many nerd friends and TV junkies be wrong? Last spring I dived head first into the first four seasons of Breaking Bad, and look where I am now: still missing Gus and salivating over the final eight episodes that won't air until this August. And let's not forgot Scandal. I plowed through the first 22 episodes of the series within two weeks last month and am currently obsessed with Huck while wishing Olivia Pope would lighten up on the all-white wardrobe.

But what officially sold me on GoT was this Facebook status from the lovely Jennifer Carno:


"If someone had just pitched Game of Thrones to me as Melrose Place with swords, I would have started watching a lot sooner."

Amanda Woodward in a crown? With dragons? Okay, I'm in.