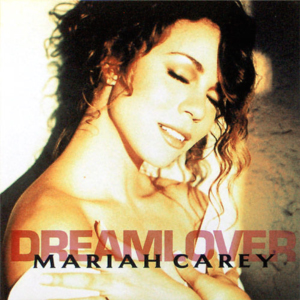 It was a music video so simple, so sweet, it had most kids my age aspiring to frolic in a field and dance the afternoon away (notice the wax-on-wax-off choreography at the 1:38 mark below).

Mariah Carey's "Dreamlover" was her seventh #1 single at the time -- impressive for a pop artist who had only been out for less than four years. It debuted during the summer of 1993 and featured some carefree, happy-go-lucky visuals. Mariah, decked out in denim cutoffs and doing her best impression of Maryann from Gilligan's Island, bounced around and lounged in the grass like the farm girl she never was.

The video was a Sunday morning staple in the Mitsuzuka household. While my dad was out playing golf, my mother and I would watch VH1's Top 20 Countdown before she commuted to her interior designer job at Thomasville Gallery in Connecticut. The song then followed me wherever I went during the second half of that year: Summer barbecues, birthday parties, eighth grade dances...a definitive 90s jam for the record books and memoirs.

The basic concept for this music video must've made it a relatively easy production. Although I'm sure Ms. Carey was shaking in her Keds while bopping along high up in that hot air balloon: