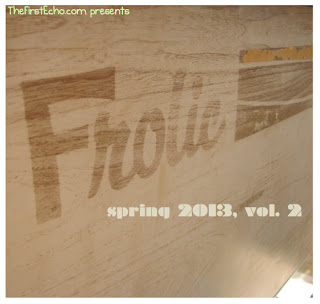 My second spring collection comes to you courtesy of a group of artists as varied as they come. Supersonic, technotronic, and slightly lesbionic, these songs are holding me over until my eventual summer playlist makes its way onto my iPod, digs into my brain, and prepares me for all the seasonal trappings (blockbuster movies, barbecues, and poolside lounging).

These are tunes for nighttime drives, daytime commutes, and late-night partying. In other words, it's another soundtrack for a life already in progress, and you can sample all of them HERE.

Go ahead now. You know you want to...

1. "Safe and Sound" by Capital Cities

2. "One Night" by Matthew Koma

4. "Come & Get It" by Selena Gomez - Alas, she's ditched The Scene in order to deliver this Middle Eastern-flavored piece of pop that sounds like it was pulled off Mandy Moore's sophomoric 2001 album.

5. "Sweater Weather" by The Neighbourhood - This slice of surfer noir pop-rock is the best autumn jam of the spring:

7. "Crash" by New Kids On The Block - An impressive high-energy club banger with BSB-like vocals.

10. "Can't Hold Us" by Macklemore & Ryan Lewis - I'm loving these guys more and more, especially after catching their awesome and culturally necessary video for "Same Love."

11. "If I Lose Myself (Alesso Remix)" by OneRepublic

13. "Play Hard" by David Guetta feat. Ne-Yo & Akon - Apparently Guetta has resorted to sampling songs from the 2000s now. Alice Deejay, are you going to let him get away with this?

17. "Up In The Air" by 30 Seconds To Mars - Lo and behold, another epic rock single accompanied by another music video with another shirtless Jared Leto:

18. "Radioactive" by Imagine Dragons - A much-needed relief from the ubiquitous "It's Time."

19. "Hold On When You Get Love and Let Go When You Give It" by Stars