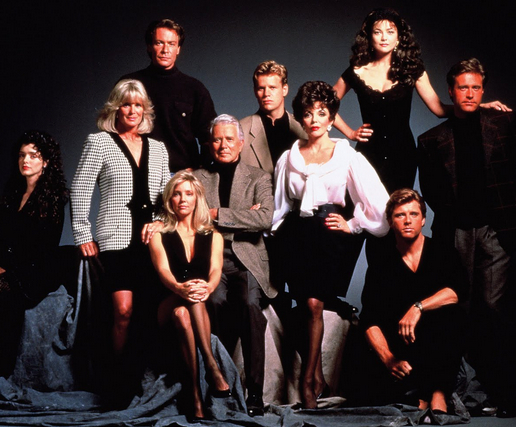 TV reunion movies are a thing of the past.

Nowadays TV shows (and their cast of characters) are either revived as an overblown summer tentpole (Sex and the City), a complete reboot for "a new generation" (90210, Melrose Place, Dallas), a streaming-only series for Netflix subscribers (Arrested Development), or a Kickstarter-fueled major motion picture (Veronica Mars). Gone are the days when networks could pump out a TV movie-of-the-week, usually during sweeps, and bring beloved characters back to the small screen for some kind of momentous occasion.

Hence why I've been waxing nostalgic on several made-for-TV reunion movies that capitalized on my fondness for the past. From the ages of 8 to 14, I shamelessly lived for this crap, and now I grieve for the format because it appears to be on the brink of total extinction (thanks 21st century). However, back then, not all reunions were perfect as you'll see below... 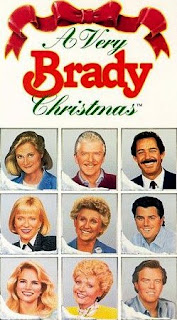 1. A Very Brady Christmas (1988) - TV's most functional blended family returned in a CBS special that brought everyone home for the holidays. Jan's a yuppie! Bobby's a loser! And Alice breaks the record for longest-running live-in maid in America! This reunion struck ratings gold, prompting the network to pick up The Bradys in 1990, which attempted to turn the beloved sitcom into an hour-long dramedy with "adult issues." MISSING ORIGINAL CAST MEMBER: Susan Olsen (Cindy).

2. Eight is Enough: A Family Reunion (1987) - The Bradford clan came together -- just in time for sweeps -- in this overly sentimental mishmosh of melodrama that went up against Game 2 in the World Series but drew in millions of curious viewers. Thus why we got the 1989 sequel, An Eight is Enough Wedding. MISSING ORIGINAL CAST MEMBER: Betty Buckley (apparently she was filming Frantic with Harrison Ford at the time).

3. The Facts of Life Reunion (2001) - A widowed Mrs. Garrett ditches her cruise ship director boyfriend to go spend Thanksgiving with her "girls" in Peekskill. Blair owns a chain of hotels, Natalie's a CNN producer, and Tootie's a poor man's Wendy Williams. MISSING ORIGINAL CAST MEMBER: Notably absent was Jo (shame on you, Nancy McKeon). But at least the helmet doesn't fall far from the motorcycle: Jo's daughter Jamie shows up to join the rest of the cast in this painfully corny but pleasurable TV movie, one of the last of its kind.

Have an inappropriate laugh at the 1:12 mark:

4. Knots Landing: Back to the Cul-de-Sac (1997) - Four years after going off the air in a series finale that saw resident bitch Abby Fairgate-Cunningham-Sumner-Ewing return to the neighborhood, CBS brought back America's favorite pre-Desperate Housewives suburbanites in a miniseries that tried to recapture the magic of the glorious prime-time soap that ran for an astounding 14 seasons. MISSING ORIGINAL CAST MEMBER: Actress Kathleen Noone (Claudia Whittaker) was probably too busy shooting NBC's daytime drama Sunset Beach at the time.
Check out the opening two minutes which explain why Nicollette Sheridan, who gave in to producer demands and did a last-minute cameo, doesn't appear in the rest of this 4-hour-long telepic:


5. A Walton Thanksgiving Reunion (1993) - This fifth of six reunion movies jumped ahead in time to the 1960s, leaving a gaping hole in plot logistics. The children of the Virginia clan have grown up, times continue to be rough, and there's plenty of cheese to make audiences lactose-intolerant.

6. Dynasty: The Reunion (1991) - Rich white folk betray, bedhop and bitchslap each other with relish. Sure, this worked in the glitzy 80s, but in the early 90s when America found itself in deep debt and was going through a Recession? Not so much. This miniseries tried to tie up the loose ends that were left in the 1989 series finale, but some, to the dismay of die-hards, weren't even addressed. Fail.

7. Dallas: J.R. Returns (1996) - Presumed to have died in 1991's final episode (he didn't commit suicide after all), J.R. Ewing schemes and seduces his way through Texas -- and Europe this time. All the events that took place here and in the sequel, War of the Ewings, were ignored in TNT's current reboot. Maybe it was all a dream just like that infamous season 9.

Now, who's ready for A Parenthood Reunion and Brothers and Sisters: The Homecoming in 2025?