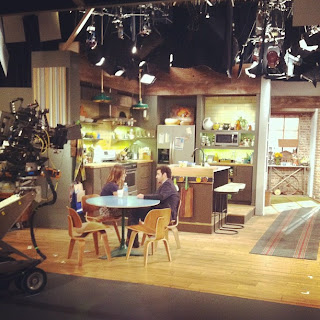 It's the night before Thanksgiving, and I'm on the set of CBS's cancelled sitcom Partners, the latest creation from Will & Grace masterminds Max Mutchnick and David Kohan. Stars Michael Urie (Ugly Betty), Brandon Routh (Superman Returns), David Krumholtz (Numb3rs), and Sophia Bush (One Tree Hill) stand in a fake but awesomely decorated living room, glancing at each other and taking it all in, because this is the last time they'll be on this stage, reading from these scripts, and working with this crew.

It's the nature of the beast that is the television business.

It's like the last day of summer camp: the fun festivities come to an end, new friends are forced to go their separate ways, and no one knows what the next several months will bring.

I'm guilty of being one of those viewers who tuned in for the first couple of episodes of this promising new show. The ensemble was great and charismatic to the nth degree. But unfortunately, shit like this happens in Hollywood; every project is a gamble, and you've got to chalk it up to an it-was-fun-while-it-lasted mentality. 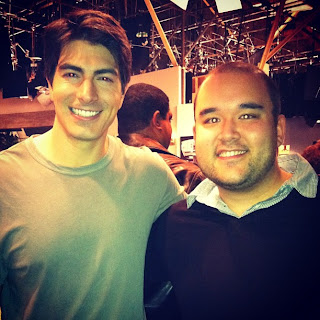 The warm-up guy, a comedian whose name I already forget, attempts to pump up the crowd with his stand-up schtick. Out-of-towners are identified (and ridiculed), jokes about the upcoming holiday are made, and the studio audience is treated to a montage of the show's highlights from its short-lived season. An unseen tech guy in a sound booth blares Journey's "Don't Stop Believing," an ironic musical choice given that dozens and dozens of people will be out of work once this taping ends.

Sitcom veteran James Burrows (Jimmy to those who've been blessed to work with him) sits in his director's chair, several feet away from the group of writers that huddle around an assistant who is feverishly typing away on his MacBook, adding the necessary revisions to a script that is constantly being tweaked, even as the show goes on. Punchlines are tightened, words are deleted, and dialogue is swapped. 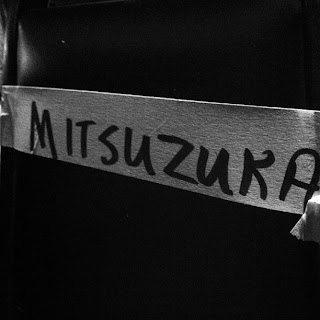 Soon enough, boxes of pizza arrive for a hungry audience. It's no turkey and stuffing, but it will do. Bottles of water get passed around, and appetites are temporarily appeased. By the time I'm handed a skinny slice, it has cooled off considerably, and I devour it while sitting in my "VIP" seat -- courtesy of the superfabulous Jackie Feibel and her wondrous ways.

Once the final scene is shot and the last "That's a wrap!" is called out, the audience breaks out into applause. Tears are shed. The cast embrace each other and wave to the crowd. 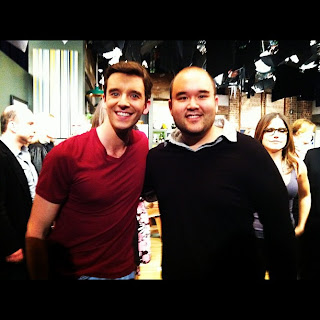 It's a bittersweet affair.

Soon enough, I make my way down to the studio floor and walk onto the set with the rest of the cast and crew's guests. I'm reintroduced to Michael Urie, an alumnus of the charity event I worked on for three years (remember Hot In Hollywood?), and I congratulate him on a job well done. He's still caked with make-up. I can tell he's trying to keep up with the chaos around him; people call his name, hands are shaken. A lot is going on.

I say my goodbyes and then make my way towards Brandon Routh, who wipes a few tears from his eyes. I thank him for taking the time to shoot with Bello Mag last summer (he had been the first cover story I had written for the publication back in May). He sniffles in between his words, and I see how emotional he is. "You'll have to excuse me," he says, laughing. "I'm like a mess!" I tell him it's understandable and proceed to ask him for a photo. The dude is tall and still has the build of a college linebacker.

I take in this small slice of television history around me. I admire the set design, secretly wishing I could take a memento home with me, and before I make my exit, I think to myself:

I have Superman's tears on my shoulder.