All Kinds of Awesome: New Kids On The Block and...Shakespeare? 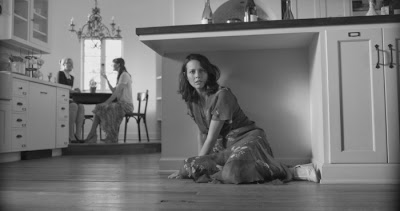 This week delivered some pleasant surprises in the viral world. First up is the new music video from New Kids On The Block. It's for "Remix (I Like The)," the first single from their forthcoming new album. The video perfectly encapsulates what every female fan in her 30s must feel like whenever the iPod randomly shuffles to "The Right Stuff." It's a fantastic (and empowering) nod to nostalgia and should become an anthem for all wallflowers. And the song? It kind of kicks ass. Who frickin' knew?

Then there's the unparalleled awesomeness of Joss Whedon. Yesterday the Buffy creator released the trailer for his contemporary, black-and-white adaptation of the Bard's Much Ado About Nothing, which features nearly every actor who has ever appeared on his TV shows (Angel, Dollhouse, Firefly). In other words, Wesley and Fred alert!

And if you're wondering, that sexy song is courtesy of "Rose Rouge" by St. Germain.

@TheFirstEcho
Email Post
Labels: All Kinds of Awesome Get to Know movies music

Jenn said…
Is it me, or is that the same song used in the trailer for "The Great Gatsby?"
5:21 AM