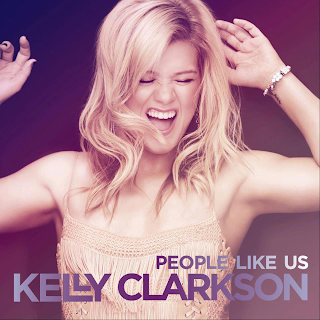 To all of my fellow early pop adopters out there, you should feel justified now that Kelly Clarkson & Co. will be releasing "People Like Us" as an official single.

The track was buried underneath the songs featured on her Greatest Hits album that came out last fall. Those who checked out this bonus tune were immediately sucked into its empowering and anthemic sensibilty. Just how epically awesome is it? I'm labeling it as my theme song for two (2!) months. True, I've been jamming to it since December, but it's one of those songs that just gets better the more you play it.

"People Like Us" (not to be confused as a theme song for last summer's Chris Pine-Elizabeth Banks dramedy) opens with a pretty bold declaration, and from there, it blows up with lyrics about "turning it up louder when the flames get higher," "keeping your head up," and joining forces to conquer a "world on fire."

Some of you may be quick to call it a "Firework"/"Born This Way" rip-off, but at least it's an ambitious one. Besides, we need one of its kind on the radio in 2013. There's only so many times I can listen to Rihanna and The Lumineers.

music theme song of the month