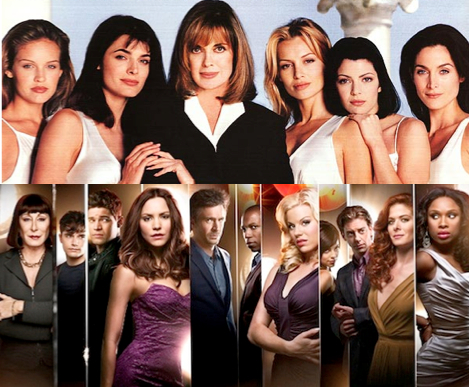 Call me crazy, but Smash reminds me a lot of the one-season wonder that was Fox's Models Inc (1994-95). You know, that Aaron Spelling sudser about a group of attractive people dealing with first-world problems in post-Recession times? It was created in an attempt to prolong the soapy high left by the guiltiest of 90s guilty pleasures, Melrose Place.

One could argue that NBC's Smash was created in a similar fashion, as a network's attempt to capitalize on a trend, the TV musical, one that was sparked by that shiny happy franchise known as Glee (and look at that, it's on Fox).

Both shows have gone through some sizable tweaking (showrunner switcheroos!) to rejuvenate storylines and ramp up ratings. And so far, it isn't working for the NBC showtuner, just like it didn't work for that pretty piece of Clinton-era trash starring a post-Dallas Linda Gray. While Fox had the patience to stick it out with Models for an impressive 32 episodes, NBC looks like it's currently doing the same with Smash's second season, which would, by the end of its run, bring it up to roughly the same amount of episodes. 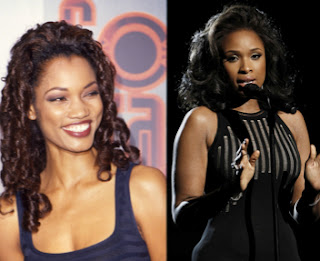 But the comparisons don't end there.

Big-name guest stars were also brought in to pique viewer interest on both shows. Models saw the casting of Emma Samms as Grayson Louder, a troublesome, presumed-dead woman who stirred the pot with everyone at the agency. Smash introduced Rebecca Duvall, a presumably sober actress who stirred the pot with everyone in the musical-within-the-musical. Who played her? None other than Uma Thurman.

Then there was resident bad girl Julie Dante (Kylie Travis), who attempted to increase the bitch factor on the mid-90s sudser. However, by the end of the show's run, she went through a transformation in which she ultimately became a chick you rooted for, finding the man of her dreams -- as well as a soul. The same can be said for Megan Hilty's Ivy on the NBC musical. The first dozen episodes saw her as a whiny rival of Katharine McPhee's Karen, conniving and sleeping her way to the top. Now? She's a misunderstood and slightly sympathetic doll who just wants to shine in any spotlight that will have her.

Models Inc. was pure TV junk food disguised as a glossy luxury item that didn't really have a clear mission statement -- or an endgame. Smash, while it pretends to have an endgame (the debut of Bombshell on Broadway), is still a glamorous piece of storytelling that's all surface and not much filling. That doesn't mean both of these shows are completely unwatchable. On the contrary, there's something delectable about observing the trials and tribulations of a group of privileged people who complain about their "hardships" and dilemmas while the rest of us are faced with challenges that are much scarier than the typical what-song-will-we-write-for-the-opening-number? conundrums the characters on Smash seem to face every. Friggin'. Week. 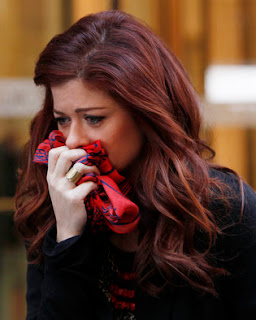 As disastrous as Smash may be, I will continue to the enjoy the hell out of it while it lasts...because you know it won't.

Which only leaves me with the following: my apologies to Debra Messing, who's been having a hard time landing a post-Will and Grace series that will last more than two seasons. (The Starter Wife anyone?)

Don't worry, girl. It gets better.

Anonymous said…
Smash is almost everyone I know's guilty pleasure - a good friend who is a real-deal Broadway musical producer watches it with friends and LAUGHS. She loves to hate it because it is supposedly not at ALL how musicals are done on Broadway. I'm glad it's still on the air. My biggest gripe is Debra Messing's maudlin pathetic character/storyline - just awful. If her character died/left/vanished would anybody care? Maybe THAT's their opening number.
8:46 AM